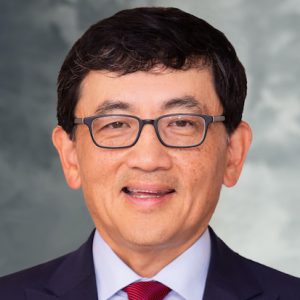 Dr. Nakada is certified by the American Board of Urology. He is an internationally renowned expert in urinary stones disease (urolithiasis) and urologic laparoscopy. In 1997, he performed and reported the first hand-assisted laparoscopic nephrectomy, in the United States, using a sleeve. In 2001, he was named Chairman of the Division of Urology and the first David T. Uehling Chair and Professor of Urology.  In 2008 he became founding chairman of the Department of Urology at the University of Wisconsin-Madison.

In 2003, Dr. Nakada became the 15th Dornier/A.F.U.D. Award Winner for Innovative Research in Urology. He has received the 2004 Gold Cystoscope Award, the 2017 Distinguished Service Award, and 2020 Hugh Hampton Young Award from the American Urological Association. He received the 2019 Ralph Clayman Mentor Award from the Endourological Society. Dr. Nakada has served on both the Staghorn Stone Guidelines Committee and the Distal Stones Guidelines Panel of the American Urological Association. He is routinely listed in Best Doctors in America, Castle Connelly’s Top Doctors, and Madison Magazine’s Top Docs.

Dr. Nakada has authored or co-authored 265 scientific articles and he has edited 11 textbooks. He has co-inventor status of the WISQOL, a kidney stone specific quality of life instrument.  He has served on the ABU/AUA Examination Committee as well as the editorial boards for Urology, the Journal of Endourology, and Urology Times. Dr. Nakada is Past President of the North Central Section of the AUA, the Endourology Society, the Society of Academic Urologists, the ROCK Society, and the American Board of Urology. He is currently an active member of the American Association of Genitourinary Surgeons and Secretary/Treasurer of the Clinical Society of Genitourinary Surgeons.