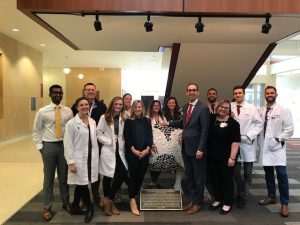 Charles (Les) and Margaret (Peggy) Lescrenier and Gammex established this endowment in 2010 to support lectureship in the Department of Urology focused on an area of urologic disease. According to Peggy, “Charles’ life was saved in 2002 by surgery to remove a cancerous kidney. Dr. Stephen Nakada was the surgeon and Charles lauded him for saving his life.”

Charles Lescrenier was a radiological physicist, teacher and researcher whose academic career was marked by positions at MD Anderson Hospital in Houston, Yale University, the Royal Marsden Hospital in London, Marquette University and the University of Chicago Medical School. Charles was a Fellow of the American Association of Physicists in Medicine and the American College of Radiology and an honorary member of the American College of Medical Physics. He founded Gammex in 1969 to manufacture a device he invented to align medical imaging equipment using lasers. Charles earned 16 patents over the years and started several companies with Peggy. They have served an extensive list of professional and community organizations by giving their time and as philanthropists with a focus on medical research. Charles died peacefully on May 7, 2011. Peggy still serves on the Department of Urology Advisory Board and remains active as a philanthropist and advocate. 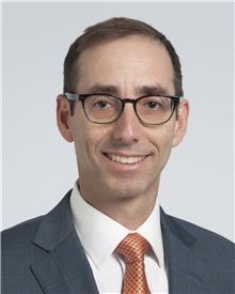 Howard B. Goldman is a Professor on the faculty of the Cleveland Clinic Lerner College of Medicine and in his role as the Institute Vice Chairman for Quality at the Glickman Urologic Institute, an expert in quality and patient safety. He has a joint appointment in the departments of urology and obstetrics and gynecology and is actively involved in the training of fellows and residents and is the past Fellowship director for Female Pelvic Medicine and Reconstructive Surgery in the Department of Urology at the Cleveland Clinic.

Dr Goldman’s interests are in the medical and surgical treatment of urinary incontinence and other types of voiding dysfunction, neuromodulation, prolapse repair, complex reconstructive female urologic surgery and neurourology. He has authored over 250 articles and book chapters, is the editor of three textbooks, has been a visiting professor in the United States and abroad and given numerous invited lectures. He is on the editorial board of a number of journals and is a former Assistant Editor of the Journal of Urology. He has served on a number of standardization, guidelines and best practice statement panels for the AUA and international organizations. He is also currently the co-director of the AUA annual review course for part 1 of the ABU exam and is on the AUA Education and Data committees and serves as online education director for IUGA.

Lecture
“Metabolic Syndrome, Diabetes and LUTS/BPH: Treadmill instead of TURP?”

Lecture
“Vaginal Mesh for SUI and POP: A Medical Odyssey”

Lecture
“Is Bladder Cancer Care Stuck in the Mud?”

Dr. Wessells is a surgeon, researcher and expert on urogenital trauma and erectile dysfunction. His clinical interests cover a wide area of subjects in urology, ranging from acute injury management to sexual complications of diabetes.